We love running and want you to share our passion! We believe that running makes people the happiest and healthiest versions of themselves. In our store, you’ll find products to help you with your running journey. And, if you have questions about running, our knowledgeable staff is ready to answer them! 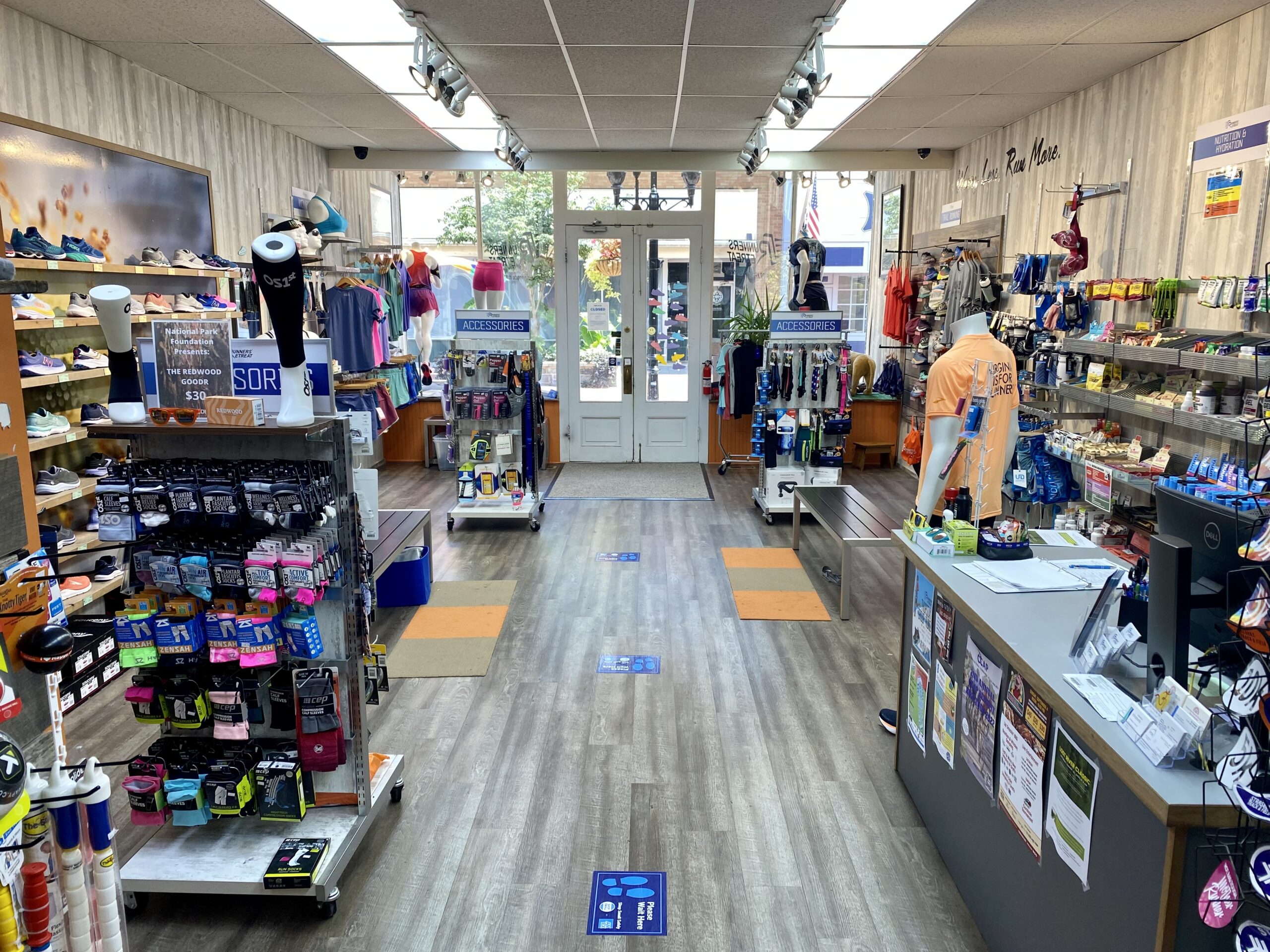 Nearly 20 years ago, Mark Stickley quit his job at an engineering firm to start a running shop on the Old Town Winchester, Virginia. A local boy who grew up in Strasburg, Mark knew that the northern Shenandoah Valley running community needed a place where they could find answers to their running questions, not just the newest pair of shoes to buy. So, with a shoe-string budget for rent and merchandise, Mark first opened Runners’ Retreat’s doors in June 2002.

Things have changed a lot since then. Mark has less hair, for instance, and the shoes look pretty different. But some things have stayed the same: Mark loves to run and he loves sharing his passion with you.

Mark Stickley started running in the ’70s for Strasburg High School. From there, Mark set records as one of the fastest runners in the United States. Here’s a few highlights from his 30 plus years of professional running:

Mark qualified to the Olympic Trials three times in both the 10,000 meter and the marathon. He made four US Cross County teams. In 1988, he won the USA Half Marathon Championship.

If you ask Mark about his running now, he’ll probably tell you about his kids who currently run for their school teams. But if you have a few minutes and want to hear about running from a true legend, ask Mark what happened in 1984.