Be a Good Bandit 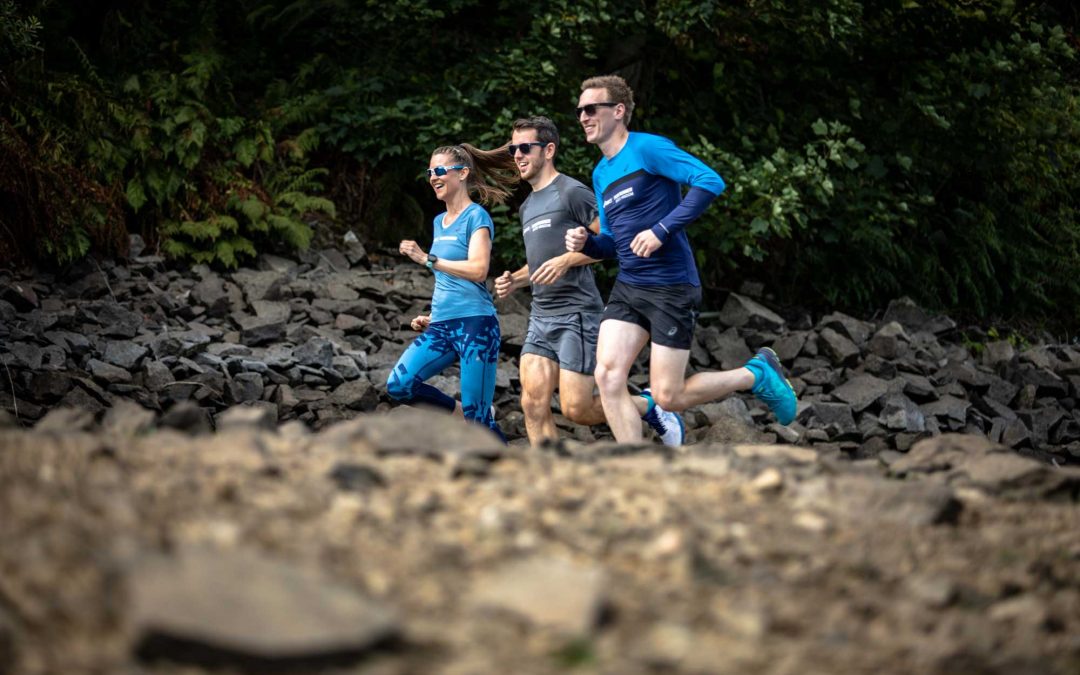 As you can tell by this column that originally appeared in the Northern Virginia Daily, Mark usually condemns race banditing. But in a classic case of the pot calling the kettle black, Mark bandited the Battlefield Half Marathon a few weekends ago.

Warning: The following is not recommended for your next race. In fact, it is frowned upon.

Some years ago I was running the Parkersburg Half Marathon in West Virginia. I was having a rather mediocre race but was still in the money. I think I was about 12th place or so with a mile or two to go. The runner in front of me was nowhere to be seen.

I made the final turn to the finish and looked down the road. It was a lonely, long stretch of road with no spectators to be found. So it was rather obvious when I noticed someone running along the side of the road.

Suddenly, he popped onto the road and started running hard. That brought me out of my doldrums.

I raced harder down the street to the finish. About a quarter mile or so away from the finish I caught him. I gave him a nasty glare as I ran past. When I crossed the finish line and got into the chute, I went nuts.

The awards ceremony took a little longer than usual to get going since they had to adjust everyone’s place. But it all got straightened out and we all got our proper payment.

When they placed the laurel wreath on her head, they noticed she wasn’t as sweaty as you would expect after running 26.2 miles. Not to mention she didn’t really have the lean body type of a marathoner. Few people, myself among them, can readily recall that Jacqueline Gareau actually won the race.

A ‘bandit’ – someone who does not properly enter a race or run the entire distance – is a scourge among runners.

So naturally I cringed when a good friend told me he and some friends bandited the Disney World Marathon. Here’s his take on things (used with permission and with a few liberties taken): 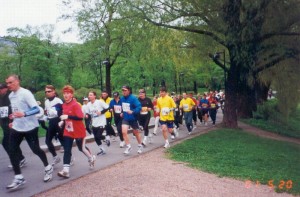 We went down there for a week with pretty much no place to stay and no place to go, but with a marathon to bandit. We had no idea what the course was like and how we were going to manage to pull off the banditing.

The night before all of us had our doubts as to whether or not we’d be able to sneak our way in but we planned it out: Doug and Todd would jog in place while I tied my shoes for about a minute. When I was done lacing, we’d merge into the race. It worked, but it was still awkward.

As we were running along, I happened to overhear a conversation between two runners. One runner asked the other if he had any trouble getting an entry, to which the latter replied, “No, I’m banditing this race.” I told my fellow bandits about this man, and we all drifted back with him to welcome him to the race bandit club and explain the benefits.

Other great faces came and went. There were the two girls who ran together celebrating their 21st birthday. Everyone was telling them that running a marathon was the best way to celebrate. I disagree – I think running a marathon without paying and being able to drop out when you get tired is the way to go.

By dropping out at mile 14, we were able to get back to the finish easily and dig into the goodies. Muffins, bananas, you name it.

OK, stealing the runners’ food is crossing a line somewhere. But at least they were not crossing the finish line. Or accepting awards for something they didn’t do. They were having a good time so I guess if you’re going to bandit, it’s better to be a good bandit.

Rumor has it Rosie Ruiz still has the medal from the 1980 Boston marathon.